“I claim not to have controlled events, but

confess plainly that events have controlled me.”

He was almost eighteen; a tall, muscular, articulate boy who felt ready to leap into manhood.  His mother brought him in because he needed a checkup before his coach allowed him to play football.  He was a bit miffed that the rules had made him miss his first practice.

He had no symptoms.  Well, maybe a cold the past few days.  His throat felt sore.  He was on no medicine; he did not smoke; he had not used illegal drugs.

I asked him to sit on the exam table.  As soon as he opened his mouth I felt concerned.  He had thrush all over; something we only see in people who have recently taken antibiotics or whose immune systems are compromised.  Within five minutes I could see that this young man was in serious trouble.  He had tiny bleeding spots in his eyes and all over his legs.  His liver and spleen were large.  He looked pale.

When I finished the exam I had to conclude that he had acute leukemia.  There was just no other realistic possibility.  I was young, fresh out of training, and scared.  I had to go out to the waiting room and tell his mother that her baby was seriously ill; what started out as a routine event was about to turn the family’s life upside down.  Lucky for him his coach had not let him practice: one tackle would have ruptured his spleen and could have made him bleed to death.

One of the most difficult things I’ve ever had to do.  Made much easier because his mother was so surprised that she barely asked any questions.  His father, a police sergeant who was already my patient, also behaved with considerable stoicism when I called him.  He went in the hospital that evening.  A bone marrow biopsy was done late that night.  Within three days he was at the medical school’s hematology center, because he had a very resistant form of leukemia.

The next few years were difficult.  Two rounds of chemotherapy; his brain was radiated; numerous side effects.  The leukemia recurred.  He had a bone marrow transplant.  It did not take.  Another transplant, followed by severe graft versus host disease, where the donor marrow attacked his system.  He lost all his hair (permanently); his skin developed many ugly sores; he looked like he had gone through many operations because his skin scarred.  He was not as bright and sharp as when I first met him.

His parents kept me informed of his progress.  They handled all of the stress and expense with incredible equanimity.  There was always this level of confidence; faith; commitment to stand by their son.  I remember thinking that if this were happening to me I’d be in a psychiatric unit.

Ten years later he made an appointment to see me.  He was finally over his numerous crises; enough that his hematologists had urged him to go back to his primary care doctor.  He looked much older than his age, and he was not as articulate.  He had found a job; he was making enough not to depend on his parents.  He even had his own medical insurance.  Many friends.  Virtually joined at the hip with his brother, who had followed in dad’s footsteps and become a policeman.

Other than for his appearance his exam was normal.  I sat down after I was done.  I faced him.

How did you get through all of this.  What made you want to go on.

I told him I didn’t think I’d be that strong.  He reassured me, with a look of supreme kindness.  Of course you could, he said.

Then he took a deep breath and began to recite names of people who had helped.  Parents; family; dad’s colleagues; mom’s workmates; church; neighbors; medical personnel; even perfect strangers.  Literally hundreds of people who had banded together to save a life.  The curious thing, he said: no one acted like they expected payback.

I was almost in tears when he got up and left the room.

I’ve often wondered since then what is it about some situations that bring out the best in people, and why there are times that humanity fails.  We can rise to be angels, and yet so much remains to be done.  Maybe if we believed more in ourselves; maybe if we all had a firm conviction that yes, we can make a difference.

That every day we can save a life. 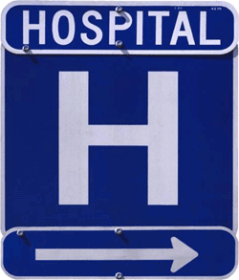 Doctor Garriga was born in Puerto Rico. He graduated magna cum laude from the University of Puerto Rico, with a major in math and minors in English and Chemistry. He received his MD from Washington University in Saint Louis. He specialized in internal medicine and rheumatology at the University of Miami and Washington University. He was in the private practice of medicine until his retirement in 2019. The son of two college professors, Dr. Garriga has had a lifelong passion for teaching. He says: “I practically grew up in the University. It was my playground; this is where I met my friends; where I was treated by every professor as if I were her or his child. My parents frequently took me into their classrooms. I realized how much work they put into making sure that their students understood the material. I learned how to listen when questions were asked.” In his books Dr. Garriga makes it plain that the best diagnostic and therapeutic tools that medicine has to offer will prove insufficient if the doctor fails to “connect” with his or her patient. For many years he was an instructor for medical students at Washington University. His students enjoyed his stories so much that they asked him to publish them. Dr. Garriga lives with his wife; they split their time between Saint Louis and Málaga, Spain. They enjoy listening to all kinds of music, and they are frequently seen hiking the numerous trails and parks available in their adopted cities. View all posts by Paco Garriga

5 thoughts on “Crisis and Support Groups”

Give Me Your Thoughts Cancel reply